to planning a 25th birthday bash 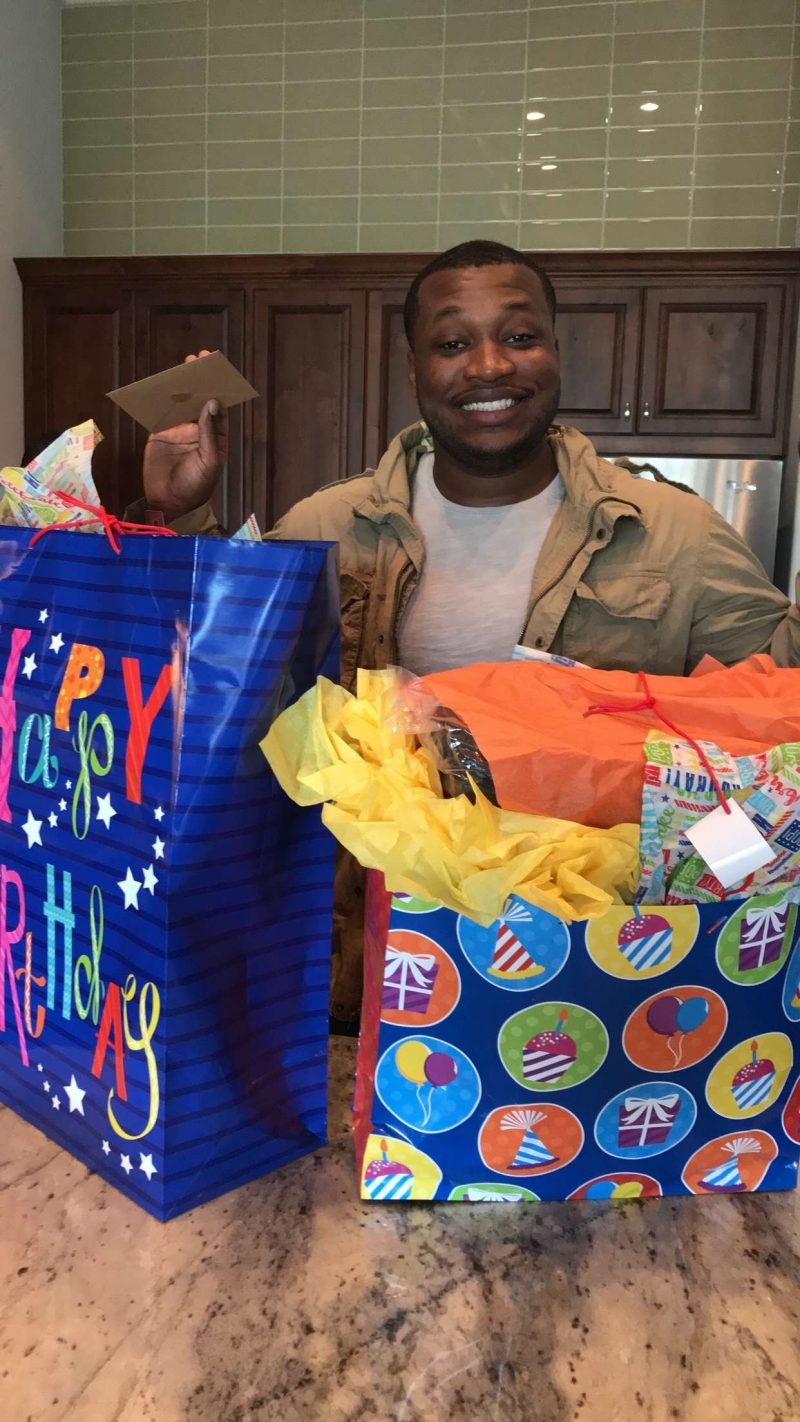 In the middle of all the chaos that is medical school, special events come along for special people that deserve celebrating! I love putting together events, but with studying being a priority and being on a med student budget, sometimes it is hard to find the time and funds to throw a special event.

This year is Denzel’s 25th birthday, which sounds important to me- ¼ of a century! I wanted to do something special for his day, which worked out well since we were planning on being in his hometown, Austin, the weekend after his birthday! 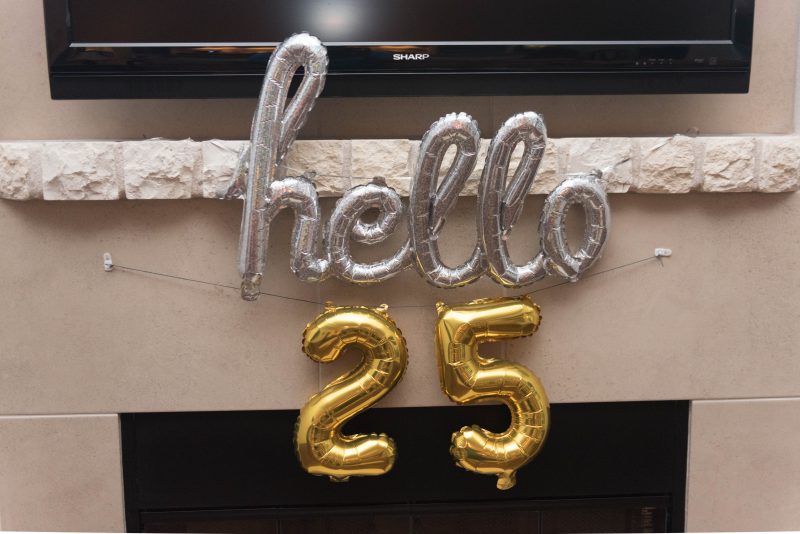 Lots of themes came to mind after that… a donut theme, a fiesta, and my favorite:

with a taco bar for dinner

Planning started about two months in advance to make sure it wouldn’t take too much time from studying. I could not find many ideas online for the theme I was going for so I decided to make my own decorations.

I think the absolute best way to fill a house with décor with little time and effort is BALLOONS! Balloons fill a lot of space, are easy to assemble and are easy to clean up. 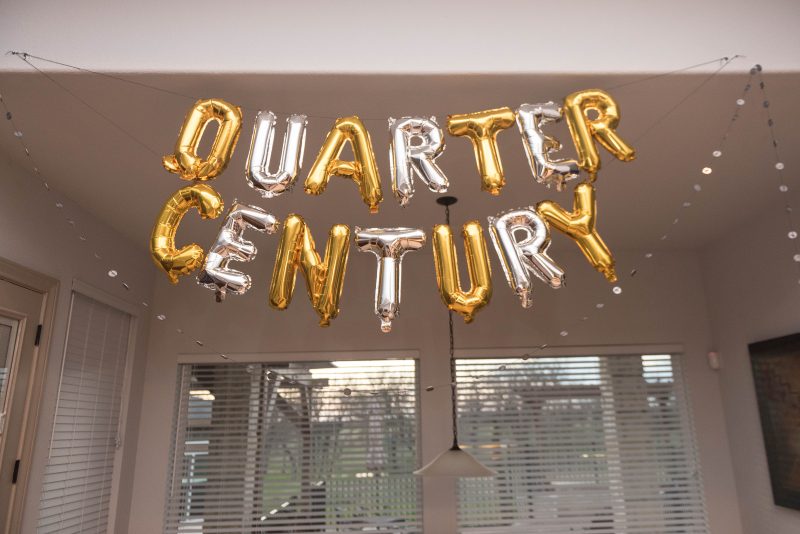 Making a Facebook group to invite all of his friends and family about a month before the party worked well so everyone would know the timing in advance. Since we were doing a taco bar, I asked everyone to bring a specific toping or side and a drink!

A few days before the party, I made a quarter coin garland using the thick string, the quarter coins and a hot glue gun (all while watching The Bachelor). I was able to make the entire garland with 200 coins in about an hour and a half. I also went shopping for the ingredients I would need for the dinner and cake I was planning.

In the morning, I made 48 cupcakes of different flavors- chocolate, red velvet and yellow. I let them cool so they would be ready to frost later in the day.

At about 1:00 I met one of our friends at the Dollar General to fill all of the balloons (the 25 silver balloons and the large number balloons). DISASTER STRUCK when the number 2 balloon was popped when it was being inflated. I drove to the nearest Walmart and of course they did not have any number balloons there. I called Party City and luckily they had one. I had Denzel’s brother pick it up on the way home since time was flying and I still had a lot to do.

Our friend helped bring all the balloons to the house and stayed to help set up (super thankful for that, because hanging up everything would have been difficult alone). We hung up all of the decorations which took about an hour and a half. 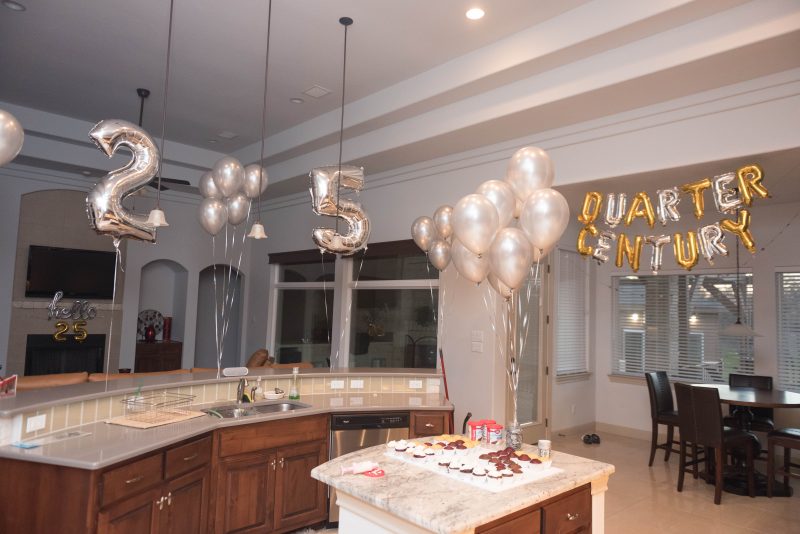 After the décor was taken care of, I worked on the cake- a number 25 I made with cupcakes and frosted with fluffy white vanilla frosting and silver sprinkles. 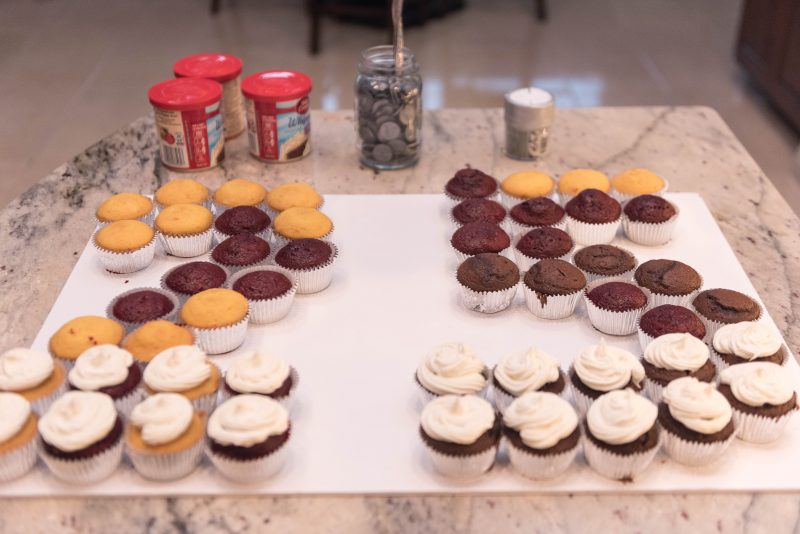 Then it was time to cook! Denzel had smoked some brisket and some chicken breast. I made some queso, ground beef, cilantro lime rice, and two different types of beans.

I also asked people to bring board games which are always super fun with a big group of people! We had dinner, sang happy birthday, and played “Gestures” and “What do you Meme”. We surprised everyone with a taco piñata, which lasted three people before being destroyed by his cousin! It was a hit, everyone rushed to fill their bags with candy. Funny how adults can still find joy in activities we did as children. 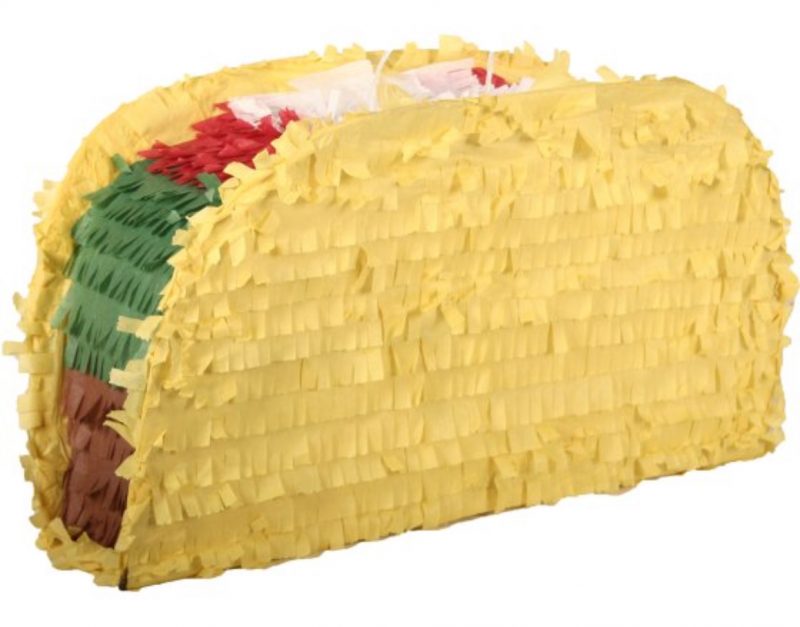 Everyone seemed to have a good time, we sure did!

to being yourself in medical school 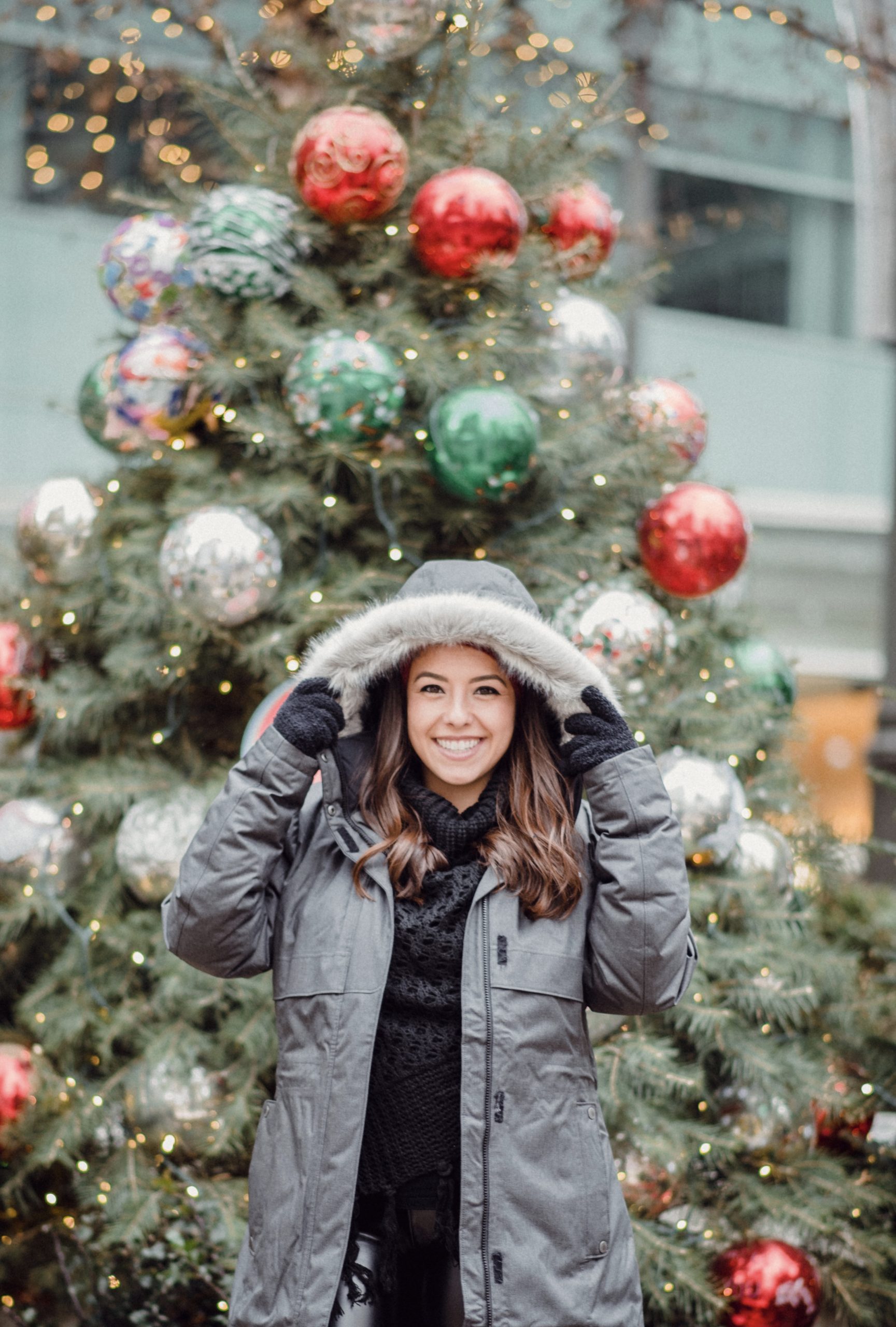 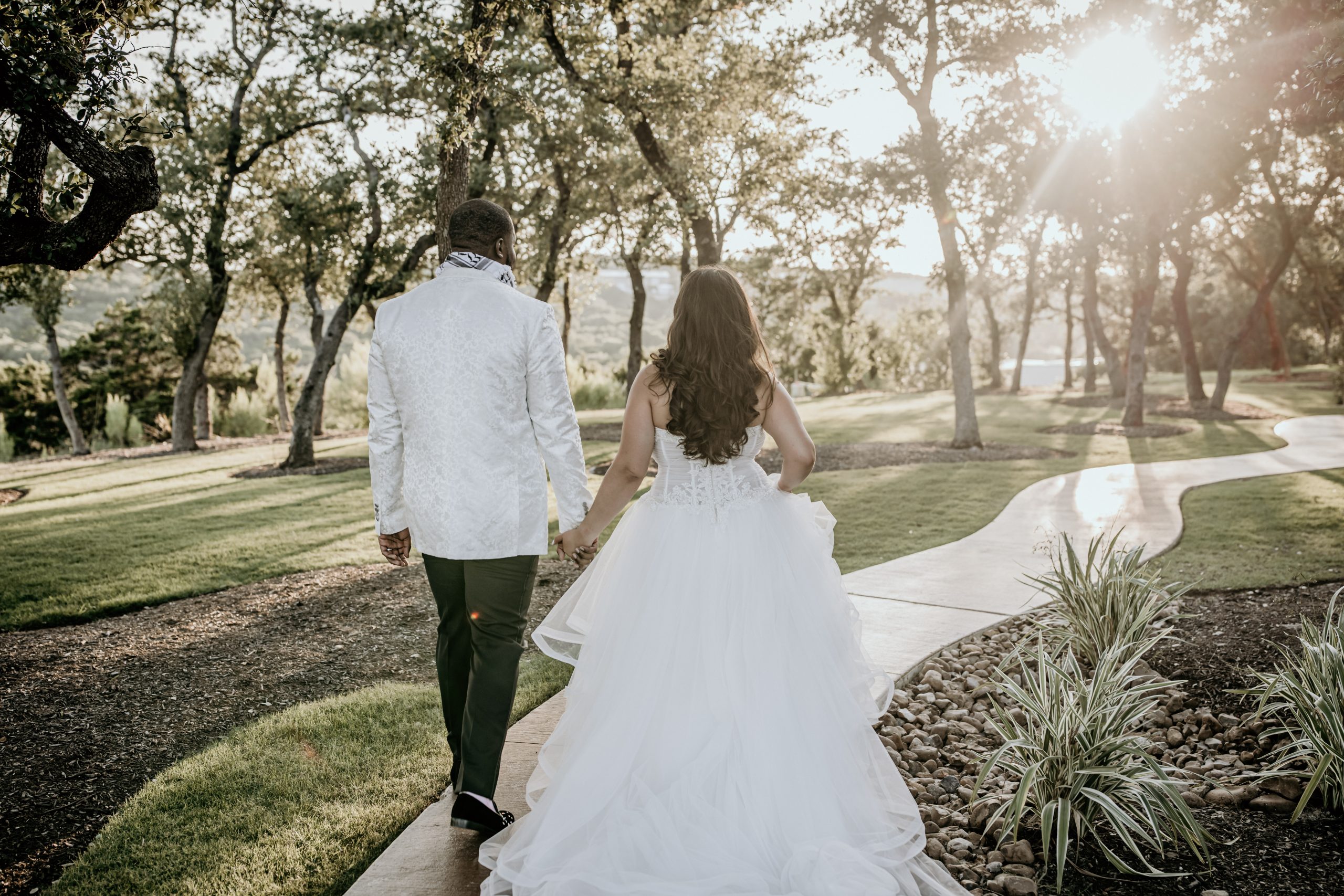 to changing your last name in medical school